Get Out Your Pruning Shears

The weather doesn’t know if it wants to storm, freeze, heat up or do all of it at the same time right now.
That can only mean one thing… it’s springtime here in Texas! 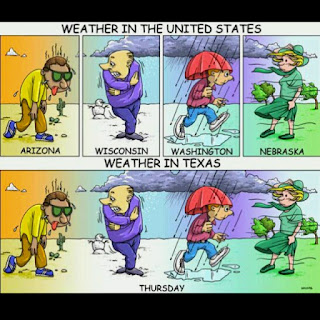 But, before we can really start to appreciate the wonders of a Texas spring, us grape growers are pruning our vines. During pruning we will cut off 70 to 90 percent of the previous year’s growth, basically taking the vine back to just a trunk and 2 cordons (making it look like a gnarly capital letter T). 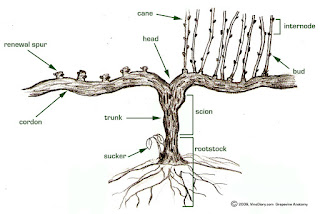 This may sound extreme, and indeed it looks extreme, but it is entirely necessary for good fruit production. The biggest reason for this drastic pruning is that grapevines only produce fruit on what it known as ‘one-year old wood.’ As it sounds, this is wood on the vine that is only a year-old. Wood older than that only produces shoots and leaves. We want to maximize the amount of fruit producing shoots while minimizing shoots that will only make leaves. 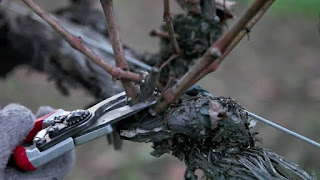 But, it’s still not that easy. You can’t go out into your vineyard and start cutting all willy-nilly. We have to look at each vine as an individual and decide which buds will be the best to keep and cut the rest off. Yep, we aren’t even going to keep all the buds on the one-year old wood, only the strongest with the best chance of producing quality fruit. For the most part, the vine only has the energy to produce so much, so we want it to spend its energy growing the best. After all, exceptional wine starts off as exceptional grapes, and to get those we must be picky pruners. 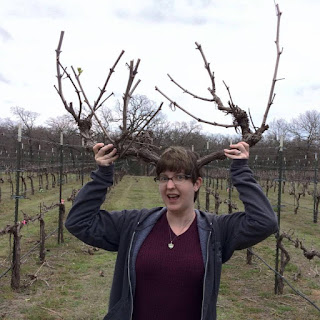