Gene Estes started out as a grape grower here in Burleson, Texas back in 1989. He sold his grapes to a small winery in Denton called Lone Oak. In 2003 the owners of Lone Oak decided to try their hand at the restaurant scene and bought a little bar-b-que place called Rudy’s. By 2005 they had opened multiple locations and decided to get out of the wine business. Gene leaped at the opportunity to own his own winery, and bought Lone Oak Winery and moved it from Denton to Burleson.   In August of 2006 Loan Oak Winery was officially opened. 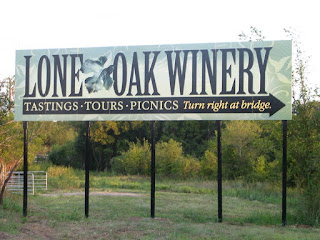 The new Winery in Burleson was a big hit, garnering awards and acclaim from all over, but none as prestigious as the Double Gold Medal from the prestigious San Francisco Chronicle International Wine Competition we won with our Viognier in 2010!  We were so proud!

However, all this attention also had its downside. Amongst all the hubbub of winning such a huge award we also received a cease and dissent letter stating that another winery in California owned the trademark to the name Lone Oak Winery. Oopsie! 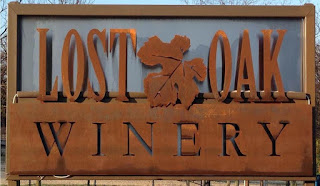 See the story of Lost Oak Winery over the past 10 years by clicking here.